Pencil and Photoshop. 2010 Copyright Sony Pictures Animation.
at May 30, 2018 No comments:

In 2010, I had the chance to work on a great project, written and directed by Stephan Franck. A super hero movie combining the best of Japanese, American and French influences, with a young heroin as the main character... It was well ahead of its time. The small development team consisted of myself as a production designer and Takeshi Miyasawa as a character designer, with some contributions by Armand Serrano, Joty Lam, Omar Smith and John Bitiu. Best time I ever had... Sadly, it never made it into production.

In 1992, I read this fascinating book by Teilhard de Chardin. Since my copy was lacking a dust jacket, I made this little gouache painting complete with hand lettering to wrap around the book. 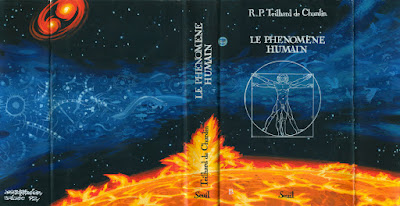 The Spectrum awards ceremony was held yesterday at the Brookledge theater in Los Angeles. I felt very honored to be able to attend. Silver and gold medalists were announced in the various categories from an incredible pool of nominees. The setting was just as awesome as the company and it was a real pleasure to mingle in this classic Los Angeles landmark with some of the most talented artists in the world.

The small private theater was built in 1932 and has a long and fascinating history of hosting magicians, illusionists and celebrities. 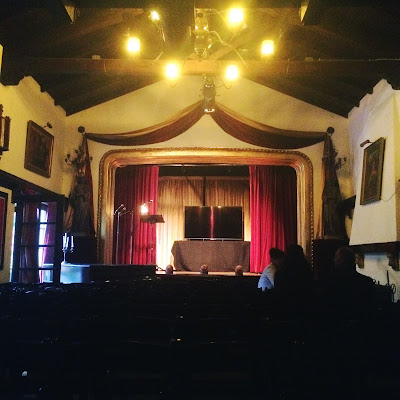 Oh, and there's a mass invasion of garden creatures in the backyard! 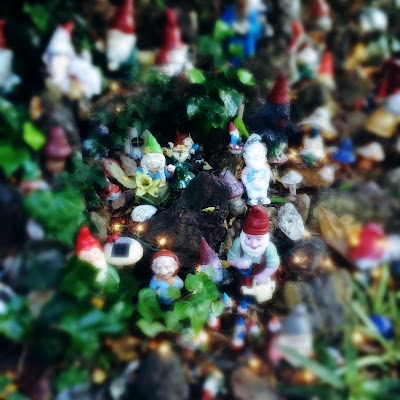 Fortunately Godzilla is here to keep things under control... 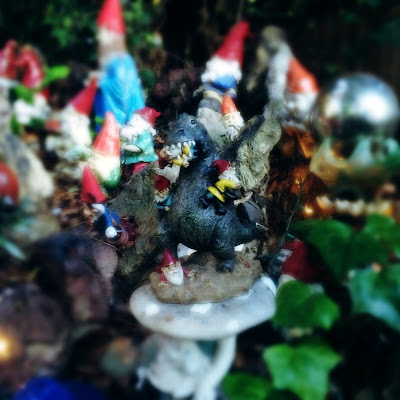 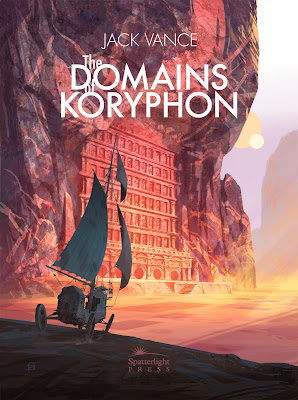 Photoshop. Copyright 2018 Luc Desmarchelier/Spatterlight Press
at May 06, 2018 No comments: